August 30, 2018
Working as an IT guy means that you have to follow the time, technology that will always evolve. Not static like finance, or others.The pros is as long as you have the capabilities or the skillsz you won't be jobless.But the cons is, you will have to learn fast for the new technology. So it won't ends.It's dynamically trends come from modern countries like US, etc.If you want being speciallized in 1 sector then you're suitable working in consultant firm, or big public companies which have many staffs. And vice versa.If you work in small private company or an end user company (which its main bussiness is not selling IT stuffs) then you better have many skills, so you will be maintain the company data, infrastructure, etc. With helping from the vendors, or consultants, suppliers, etc.If you have many IT skills like programming, networking, design, etc. Maybe you will be more proper working at small private companies.Because your skills & experiences won"t be was…
Post a Comment
Read more 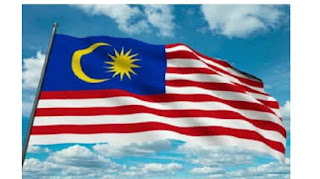 Previously I was quite scared when I wanted to go abroad, because before I had never been abroad, until the passport expired, and eventually extended again.

But because I felt the desire in the heart, that I want to know what it feels like another country, I finally ventured even impressed reckless / rather in a hurry to buy tickets online via Traveloka to KL.why Malaysia?

yes because it is most similar to Indonesia, its language, writing kinda sort2, its food also.only Malaysia is more native Malay.Ringgit exchange rate is also cheaper than Singapore Dollar.

Malaysia, is a former British federal / British federal state.so the main language is Malay and English, but there are also other ethnic like India, China with their respective language.

According to Driver Grab who I interviewed, it turns out that in Malaysia since the school is taught 3 languages ​​that is in accordance with ethnicity, for example China, automatically he has his mother tongue, then English and Malay.